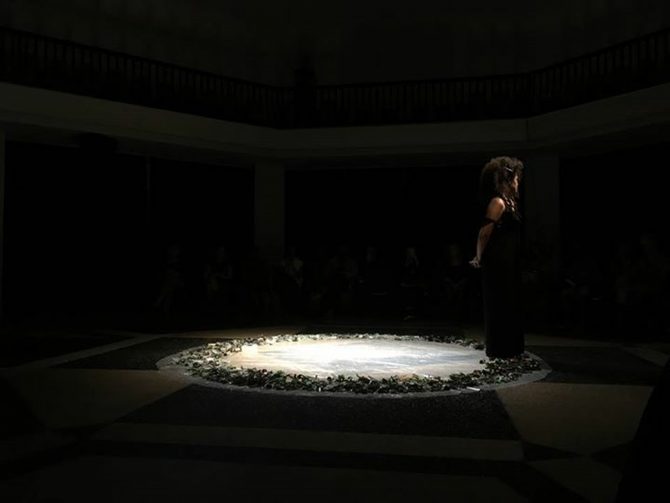 This performance explores practices of listening and radio as means to decolonize and untrain the ear from hegemonic listening knowledge. Drawing on material from piracy radios, Black A(n)thena follows the entangled histories of German settlements and anti-colonial struggles in Gabon and elsewhere.  The artist follows the multiple traces of writer and botanist Adelbert von Chamisso, who reappears on a banana plantation in Gabon as the goddess “Camissonae”, while nature transmits testimonies and warnings to the plantation laborers. Black A(n)thena draws on the role of the scientific perpetrator rather than the native as subject and counter-reacts to the technologies of sound recordings and transmissions used in early 20th century as focal method on eco-feminisms and queer narratives of colonial botanic trade & ecosystems.