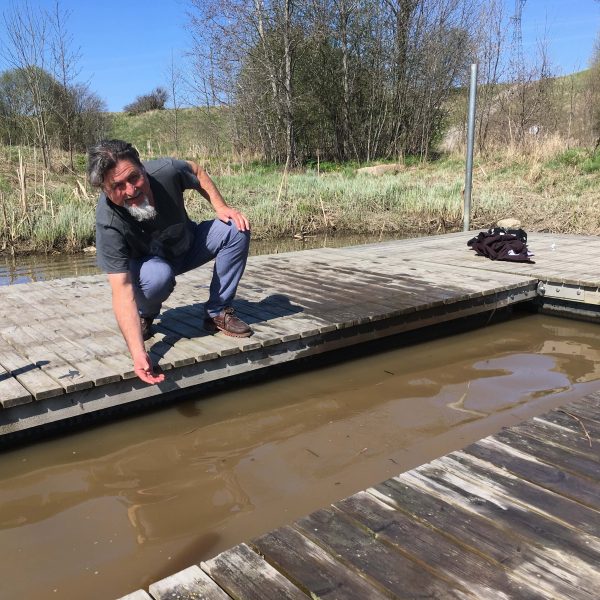 Contemporary art curator and rower Rob La Frenais is trying to bring the worlds of rowing, sailing and art together in an unusual way in a new performance. He will try to deliver a performative lecture about moving on the water and being moved by the water on the River Aura, whilst actually ‘on the water’ as rowers say when they are rowing their light racing boats. Weather and water conditions permitting, in a live action, he will convey the feeling of balancing on the water and convey to the public ‘The motion of the oars, the dip and drag… moving through the world on the surface of the canvas like a rower moving through the water in a weightless scull’ (Elaine Scarry). Turku rowers particularly welcome!

Rob La Frenais is an independent contemporary art curator, working internationally and creatively with artists entirely on original commissions. He believes in being directly engaged with the artist’s working process as far as possible, whilst actively widening the context within which the artist can work.

La Frenais founded Performance Magazine in 1979 before becoming a curator in 1987. From 1997 for 17 years he was based at The Arts Catalyst, UK, where he developed an ambitious artistic programme and was responsible for some of the most innovative art and science exhibitions and events in the world. He has a Phd in curatorial practice.

In the last four years La Frenais has been an independent curator, organising Tomas Saraceno’s Aerocene project in White Sands, New Mexico, No Such Thing as Gravity, FACT, Liverpool and National Fine Arts Museum, Taiwan, Exoplanet Lot, France and Earthlab at University of Westminster, UK. He writes regularly for Art Monthly UK and Makery.info in France. He recently undertook a curatorial residency at Helsinki International Art Programme on Suomenlinna Island. He is developing a new exhibition project ‘Close To The Water’ about artists’ floating vehicles and people who work close to the water.